Dawei located in the Tanintharyi Division lies adjacent to Mon State to the north and Thailand to the east. Tanintharyi Division occupies a long narrow coastal plain bounded by the Andaman Sea in the east which runs to Kawthaung, the most southerly point of Myanmar and which then continues to the Malaya Peninsula.The coast is dotted with islands including the Heinze group. the Maung-Magan group and the Mergui or Mergui Archipelago which comprises more than 800 beautiful and attractive islands.

Dawei is a port of medium importance and tropical seaside town, 384 miles south of Yangon. The Maungmagan beach is now being developed and upgraded is just 8 miles northwest and is famous for delicious seafood. Native speak Myanmar language but with a strong dialect which is similar to Mergui. The most venerated pagodas are the Shin Motehti Pagoda. a few miles south of the town. Shin Datweh Pagoda in the north and Shin Maw Pagoda on the Dawei promontory. A 243-foot long reclining Buddha image occupies the Lawka Tharaphu Pagoda. In the 18th Century a group of Dawei people known as Inthas or Sons of the Lake  migrated to Inle to avoid the continual conflicts between the Myanmar and Thais. Thus the Inthas were appearing in Inle Lake in the southern Shan State. Capital of Tanintharyi Division is the southernmost administrative region in the country. 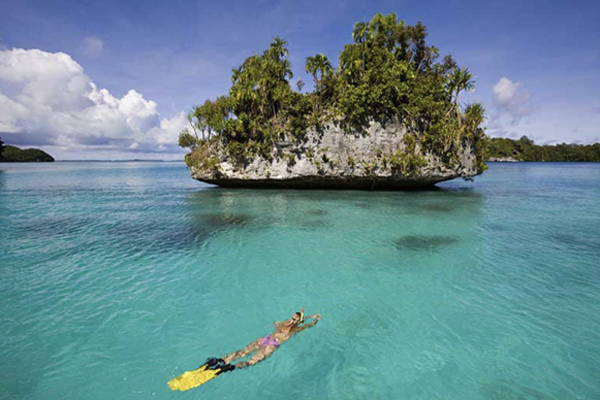 What to see around ?

Shwe Thalyaung is a good pick in Dawei if you want to get out of the town centre and check out a pretty temple while also cycling through the countryside. The temple is encircled by lush forests and the main building is made up of a chedi with a reclining Buddha statue. As the pagoda sits atop a scenic hill, you can walk to the top and then take in the stunning views over the rest of the region. As with most pagodas in Myanmar you will find some souvenir shops here as well as a teashop where you can stop off for a drink and enjoy the serene atmosphere.

Many smaller towns in Myanmar are not particularly well known for their museums, but Dawei has the Tanintharyi Region Cultural Museum which is worth a visit if you are in the area. The museum takes you through some of the history of Dawei and will also fill you in on the culture and traditions of the local people here who comprise Dawei, Moken and Mon groups. As well as historical and cultural artifacts you will also be able to see other varied collections such as ceramics, gardening equipment, weaponry and jewellery.

Myaw Yit Pagoda is well worth a visit in Dawei, not least of all because it is located on an island which sits around 10 kilometres to the south of the popular Maungmagan Beach. To get here you will need to follow a scenic track which will then lead you to a bridge that crosses over onto the island. As well as the main pagoda here you can also enjoy the boardwalk on this island which makes a great place to go for a walk in the afternoon and take in the views of the pagoda and the surrounding azure sea.

One of the biggest draws in Dawei is Maungmakan Beach which is the most popular beach in the area. As well as Maungmakan Beach proper however, you will also be able to walk along the sand here and find a number of smaller and less crowded beaches in either direction. Maungmakan Beach is one of the best beaches to come to here as it is also one of the most developed and has a number of seafood restaurants as well as some cafes that sell beer. These offer you the perfect spot to watch the sunset with an ice cold glass of beer or you can visit one of the traditional little Burmese tea shops that line the shore instead. If you walk along the coast to the north, then you will come to some of the less well known, but stunning, beaches in Dawei such as Nabule Beach or you can walk in the other direction to Myaw Yit Pagoda.

There are dozens of untouched beaches in Dawei. The beaches are still wild and deserted. Not many people know about the existing of these beaches. Sat Sar Aww( Burmese term ),  Phoe-Phoe Kyauk ( grandfather beach and Sin tauk ( Burmese term) are beaches that you can explore.

When to go to Dawei

The best time to visit Dawei is from November to February as this is the period that falls directly after the monsoon season. As a result you can expect it to be dry and warm although after February temperatures shoot up and it can get very dusty. From June to October the rainy season hits Myanmar which means that flooding is common in remote areas and it can also rain every single day

How to get to Dawei ?

Dawei Airport serves Myeik and Kawthaung as well as Yangon. KBZ have flights to Kawthaung for $116 or Myeik flights on Mondays, Wednesdays and Thursdays for $72, departing at 08:25. APEX has 09:30 flights to Kawthaung for around $100 while Myanmar International Airlines has daily 10:15 departures from $97. When we checked neither MMA nor APEX were stopping at Myeik. (We do realise flights in the other direction are much cheaper but this is what they told us!)

For Yangon, KBZ were also asking $116, with APEX ones at a bargain $65 going up to $110 depending upon time and day. Myanmar International’s varied from $115 to $130. As usual in Burma flight schedules can change at very late notice and prices vary widely so it is essential to double check.

Mawlamyine’s airport was closed as of early 2016, so bus or train are your only options to get there.

Airline offices and travel agents are on Niban Road though your hotel can check current schedules and prices for you.

Dawei’s airport has the old Tavoy code TVY and is located a couple of kilometres out of town on the northeast side. A moto fare is around 2,000 and a tuk tuk 3,000. You’ll find plenty located in the carpark in front of the numerous tea shops and restaurants.

The end of the line for now, Dawei does have daily train departures in a northerly direction stopping at Ye, Thanbyuzayat, Mawlamyine, Bago and on to Yangon. The town has two stations: Dawei and Sagaing. If you already have a ticket you can in theory board at the former, but tickets are only available at the latter.

Now although train transport is often an attractive alternative to cramped and lengthy bus rides, you will no doubt by now have read a bit about Burmese trains. It is worth noting that even according to Myanmar Railways, Dawei to Ye is officially the slowest train in the entire country and some say the world. (And that’s if it’s on time!) The longer route all the way to Mawlamyine is therefore the second slowest and what’s more you will have change from the clapped out ancient rolling stock at Ye, since that’s as far as it makes it, onto clapped out ancient rolling stock with a VIP (tourist) class carriage for the second stretch to Mawlamyine and points further north.

Due to the paucity of buses in a southerly direction, this may work out to be an option getting to Dawei but is probably best avoided when leaving.

Prices for Mawlamyine are 3,500 kyat or 6,500 ‘VIP’ class. The former is, as you’d imagine, the stuff of folklore with rickety seats, passengers sleeping on the carriage floor, vendors every which way, chickens and so on. The latter has surprisingly comfortable reclining seats. In the past foreigners were obliged to take the first class carriages only (along with the monks), but this seems to have been relaxed now and we’ve heard reports of some tourists being given the choice. Others we met had to feign sickness to obtain first class seats since they were all full. Nor these days do you need to purchase tickets in advance. So, as with much in these parts, rules are in a state of flux.

Now the fun bit: scheduling. The once-daily train leaves Sagaing at 05:40 and the semi-derelict hut that serves as Dawei Central at 06:10, officially arriving at Ye at 14:38, where you have to change trains, and Mawlamyine at 20:25. According to our calculations that’s 14 hours 15 minutes for the 370-kilometre journey. Confirmed masochists can continue to Yangon where the arrival time in theory is 06:30 the following morning.

The problem isn’t so much the carriages but the narrow gauge tracks, constant side motion and worrying noises and yes – they do occasionally derail. If you want to experience Burmese trains – and they can be a lot of fun – we’d recommend shorter trips such as the Yangon Circle or the two-hour Yangon to Bago route, for example. Good luck!

Between Mawlamyine and Kawthaung there is only one road, linking Myeik, Dawei and Ye with buses and minibuses departing from all these towns and Yangon as the terminus, dropping off on the way, or Yangon as the starting point. For some reason we are unable to fathom, they will drop off but not pick up en route.

South to north travel in south Burma is straightforward and easy, as any town will have a stack of departures for Yangon and you can just jump off wherever you want to. However in the opposite direction, once you are outside of Yangon it’s a different matter. There are very few buses doing, for instance, Dawei to Myeik only. All these buses heading from Yangon through Dawei on their way to Myeik for example, will not pick up passengers in Dawei, even if travellers are vacating seats by alighting there. Frustrating as it is, as of early 2016 that was the situation.

For example, if you stand on the highway outside little Ye you can wait there and watch Dawei to Yangon or Yangon to Dawei buses drop off passengers all day but without a freak stroke of luck none will pick you up. You have to go back into Ye town and find either one of the numerous dedicated Yangon buses stopping at all points north or the single daily service for Dawei which originates in Ye.

From Dawei this means that while there are 10 or so daily services for Mawlamyine, from Mawlamyine to Dawei we could only find one night bus — Dawei to Myeik is a similar situation.

(Warning: This might not be the case for much longer, but we were obliged to provide a photocopy of our passport at Dawei bus station. This was the only spot in the entire south where we needed to do this.)

A bewildering array of companies and departure times ply the route, but below ought to give you the general gist.

Dawei to the Thai border at Htee Klee is 22,000-25,000 kyat by 12-seater minibus. The first of several morning departures is at 08:00. Buses take four or five hours and will pick up at hotels. You need to book this in advance.

A profusion of buses – 12-seaters and large ones – head north for Yangon and will drop you at Ye or Mawlamyine. The company we used charged 9,000 kyat for Ye and 12,000 for Mawlamyine on an air-con bus. The first section of the journey takes around four hours and the second approximately 3 hours 30 minutes, including stops.

Checklist Insurance
We use cookies to ensure that we give you the best experience on our website. If you continue to use this site we will assume that you are happy with it.Ok